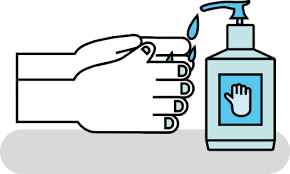 Please allow me to dispel some rumors that are apparently circulating and give everyone an accurate picture of our status relative to various illnesses within the district.

For the week we are averaging slightly below 10% absenteeism for the district. Each day I compile numbers from each campus tracking the total number absent, total number of teachers absent and, I ask each building to as closely as possible assess how many of the total number absent are due to illness. Generally about 70% of the total number absent are illness related. We do have students that check-out throughout the day but that is difficult to gauge since there are regular doctor, dentist, etc. appointments. The bottom line is that we are far below the rumored 15%, 17%, 18% that I have heard. Teacher absenteeism averages approximately 15% BUT with less raw numbers of teachers one teacher out, for any reason, inflates the percentages. Teachers are still away from campus for reasons not related to illness. The percentage of teachers out for illness mirrors that of students, 70% of each daily total.

SubTeach has had difficulty filling our daily need for substitutes. The issue is that some subs are ill or have ill children but, the main problem is that every school district in our region has higher than average teacher absenteeism. An increase of 5% teacher absenteeism in schools served by the sub pool is mathematically impossible to fill given the available number of substitutes. After checking with other schools they are experiencing the same issues.

The notion of closing a school district due to illness is predicated on the closure stopping the spread of disease.

Thursday I made phone calls to other superintendents that have either closed school or have considered closing.

Currently Waldron is at 14-15% absenteeism with a high of 19% last week. Gary Wayman, Superintendent, has not closed school. He talked with one of his local physicians who told him that in his opinion unless the school closed for one continuous week, with no activities, no one allowed in the schools AND the churches, Harps, and other businesses closed, there would be very little effect. His opinion is that we are too mobile to contain it by closing, there are too many opportunities to contract the flu in other places.

Dennis Copeland at Mountainburg closed last week for two days. His absenteeism had gone to 18% with the biggest factor being he had 8 of 9 cafeteria workers out. He had no way to feed students. Since closing he has seen a slight decrease but their absenteeism is still above 9%. He maintains it had a very minimal impact.

Mark Gotcher at Russellville had absenteeism rise to 20% two weeks ago. He closed for one day (Friday) and had Monday for Martin Luther King Holiday but, they continued their activities like basketball, band, etc. He said they are still having absentee rates from 14%-16% two weeks after closing. He was adamant that closing had virtually no impact on containing the flu.

I have consulted with Dr. Jason Richey about flu levels within the school district and in Paris. Within the Wellness Center and the main Mercy Clinic there were 22 confirmed flu cases last week and 13 thus far this week. These numbers do not include the ER or other clinics in the area. They have had other illnesses such as strep and stomach virus that have appeared. Dr. Richey concurs in my opinion, and the opinion of others that, unless people stay home from ALL activities: church, grocery store, Wal-Mart, basketball games, restaurants, etc. simply closing the school district for a few days will have virtually no impact on containing the flu or other illnesses.

There is no ADE rule or regulation that mandates closure at a certain level of absenteeism. Many believe that if we reach at point (15%, 20%, etc.) that we MUST close the school district, that is inaccurate. It is wholly a local decision. The bottom line is we are below average on absenteeism with the schools that I contacted.

The consensus is that unless a school district has a tremendous number of teachers out where classes just can't be covered, in any manner, closing schools for flu is NOT effective.

I have instructed Richard Zimmer to remind custodians and bus drivers to continue to clean every surface with the most potent chemicals allowable. He has ordered extra and we continue to work to try and kill any germs on surfaces. I have talked to Shawna Clayton, Wellness Center Director, she also believes that unless churches and other institutions close simultaneously there would not be an appreciable effect.

Consequently, I intend to keep "riding this out" and hope that once basketball season is over and people are no longer contained in gyms, and the Boys/Girls Club finishes their season, we will see a decline. We have one home game left, next Friday for senior night. My opinion is that even if we were to close in Paris many people will go to Atkins next week for the junior tournament, Perryville the next week for senior tournament then, to Two Rivers the next for district where exposure is almost certain at all three locations.

I have instructed principals to pull whomever they need to cover classes if necessary. At elementary that would mean PE, music, library, etc. Same at MS. HS can use coaches during athletic periods, library, etc. We would not have off season anything, use one coach to watch athletes and disperse our coaches to classrooms. I have offered our services at in the Central Office to help cover classes, Teresa Inman, Renia Fairbanks, etc. We may even ask for volunteers to help in the cafeteria if we have too many cafeteria workers out.

Unless we get to a point where we can't cover classes or prepare food, we will continue to have a regular school day. Please contact me with any questions or comments.