This search form uses an instant search feature. As you type, search results will appear automatically below the search field. When you've entered you desired search terms use tab to navigate through the available results and hit enter to open the selected page or document.
EDIT MAIN

The Paris School District is accepting nominations for the 2019 Paris Hall of Fame honorees until April 22, 2019. A nomination form can be picked up at the Paris Schools Administration building or found on the link at the bottom of this page. The nomination form and photo needs to be returned to the Administration Building at 602 N.10th St Paris, AR, 72855, or by email to tvarnell@parisschools.org no later than April 22nd. Thank you! 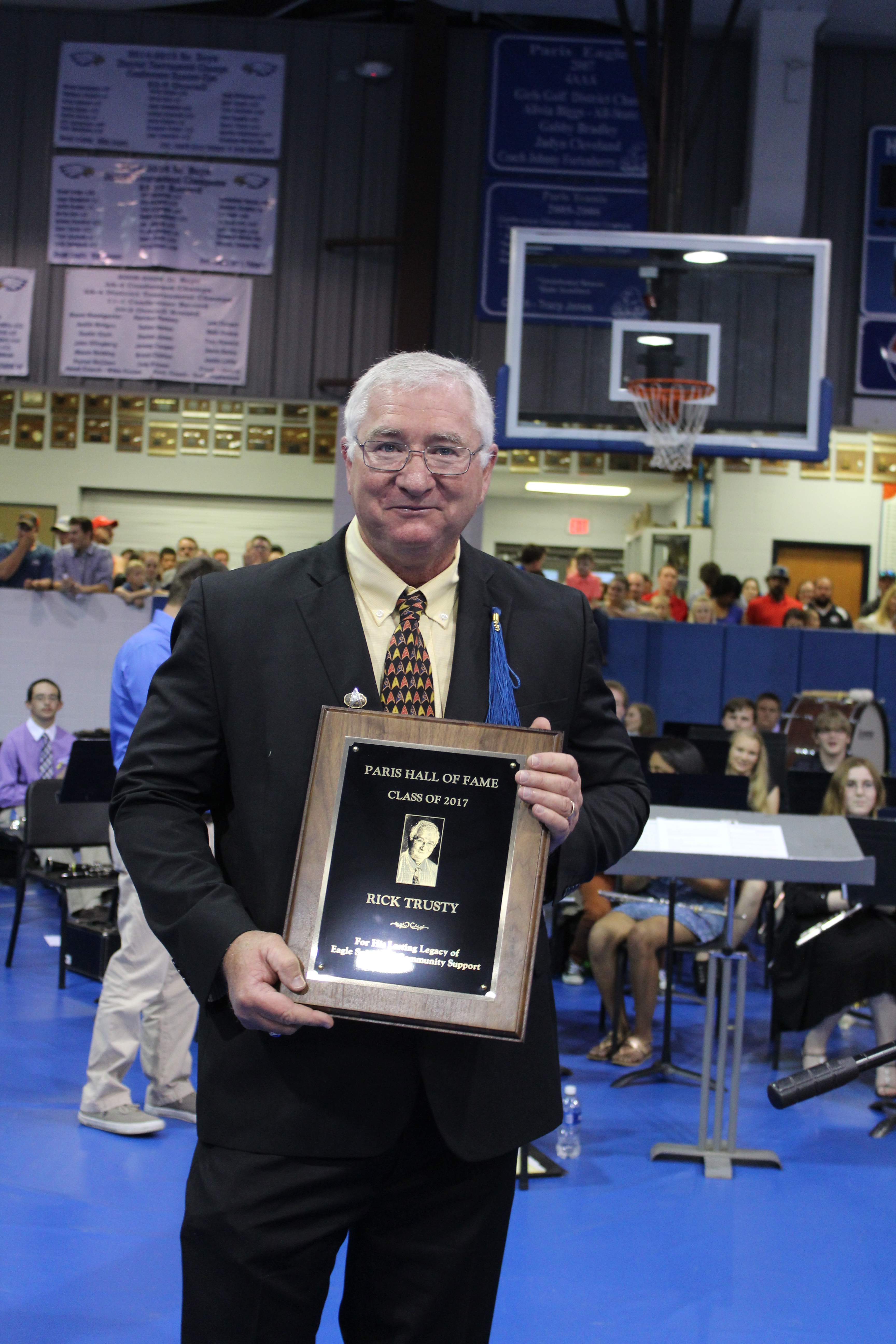 The Paris Board of Education realizes that the success of a school and community is determined by the combined dedication and efforts of many people. However, the contributions of individuals can have a significant impact on the whole. To recognize those individual contributions, the board establishes with this policy the Paris Hall of Fame.

Individuals to be inducted into the Hall of Fame will be selected by a five-member committee composed of school staff and board members as well as members of the community. Appointments will be approved by the Paris Board of Education. There will be two representatives from the board, one from the Paris School District administration, one from the certified staff, along with two members of the community. Length of term, for the certified staff member, will be two years. Length of terms, for the community members, will be determined by a drawing. Terms will not be longer than three years. There will always be two current Paris School Board members on the Paris Hall of Fame committee. The committee will be chaired by a non-voting, ex-officio member appointed by the Superintendent of the Paris School District. This member will be responsible for calling meetings, keeping minutes and coordinating information to members of the committee.

Names of nominees may be submitted by an interested party to any committee member for persons they feel should be honored and placed in the Paris Hall of Fame. Selections will be made based on the contributions of the individual to school, community or country. Nominees must be an alumnus of Paris High School, a former employee of Paris School District or a benefactor of the Paris School District. Nominations will expireafter five years. Inductees into the Hall of Fame will be recognized in a public ceremony the year of their induction. Their name will be placed on the Hall of Fame recognition plaque.

Charge of the Committee

The Paris Hall of Fame is established to honor individuals who have made outstanding contributions to school, community or country. To protect the integrity of the recognition, the Paris School Board charges the Hall of Fame committee to be ever mindful of the intent of the honor and to limit the inductees to only those citizens whose accomplishments or contributions are beyond customary expectations.

For more information, please contact Paris School District at 844-963-3243 or by email at tvarnell@parisschools.org .